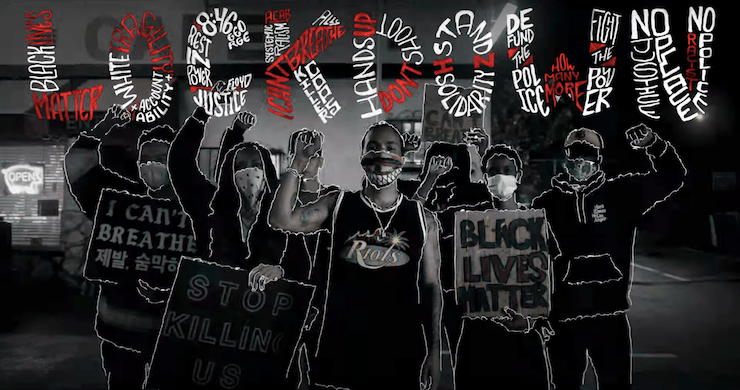 Juneteenth – the annual holiday that commemorates the freedom of slaves in the United States on June 19th, 1865, felt very pertinent this year. Not just in America, but also here in the UK and all around the world.

From slavery, to the civil rights movement and today with the Black Lives Matter mission, music has always been an important aspect of black expression. To mark this weekend’s celebration, indie music marketplace Bandcamp donated it’s shares of sales to NAACP, Spotify featured black artists only, on it’s most streamed playlist and black musicians exercised their creative freedom with politically and empowering new releases.

We Give You Our Love And You Set Us On Fire. I’m Tired.

Tired of hearing about racism? Imagine how tired people are of experiencing it! Created from the heartbreak of recent events and the exhaustion of having to constantly defend his own existence, Ghanaian-rapper Shirazee shares a moving message for anyone worn down in their fight for equality. This ‘melodic beacon of hope’, ends with a particularly poignant quote from novelist and activist James Baldwin.

All proceeds of Tired will be donated to organizations and initiatives selected by Shirazee that focus on ending racial profiling as well as foster the empowerment and betterment of Black lives: Color Of Change, NAACPLDF and the ACLU Campaign Against Racial Profiling.

Nashville soulster Devon Gilfillan shared a short film featuring his most recent track Good Life. Taken from his debut album ‘Black Hole Matters’, this soul-soothing ode to joy and love plays over protest images whilst Devon speaks of his dream for a future where equality is not a question.

Listen to the full song here.  Donate to the Good Life Fund here.

You Probably Hate It But I Celebrate It

A person’s value should NEVER be based on their pigmentation. With Melanated, socially conscious hip hop artist Katori Walker creates an uplifting message for Black Kings and Queens to take pride, celebrate and love the skin they’re in.

Just Another One Gone And The City Moves On

Having previously written empowering songs such as Superwoman and Women’s Worth, it comes as no surprise that Alicia Keys would share her thoughts on systematic racism. In Perfect Way To Die, the Grammy-winner documents a mother mourning her son murdered at the hand’s of the police, in a hushed piano ballad that was originally inspired by the killings of Mike Brown and Sandra Brand.

“Sometimes I don’t have the words and music is the only thing that can speak,” she explained on Instagram. “I hope this speaks to you. I hope one day this song won’t be so relevant. Let’s NEVER stop fighting for justice.”

I can’t breathe – the last painful words uttered by Eric Garner, George Floyd and countless other unarmed black people before they were killed as a result of police brutality. In her moving dedication to these senseless murders and to honour the words that propelled a necessary movement, the Grammy award winner tackles questions that have plagued so many – Why is there so much hate? Where is the hope and empathy? Why do you disparage a man based on the colour of his skin?

Make sure to listen out for her powerful speech at the end.

Sung as though he is recalling the protests to a friend who didn’t break quarantine, Lockdown documents the frustrations of black America and it’s continued police brutality. Calling on cameos from Syd, SiR, and Andra Day among others; some of which are wearing face masks; the accompanying video by Dave Meyers is a visual representation of how two different viruses are still plaguing our world.

Still Here Because Somebody Probably Prayed For Me

Wale made a surprise return by dropping new EP The Imperfect Storm. Inspired by frontline protests, the powerful, poetic and politically charged six-song project calls out daily trending topics and white privilege in this fight against racial injustice.

I Am A Young Black Man Doing All I Can

12 year-old gospel singer Keedron Bryant caught the attention of millions when his powerful one-minute performance of I Just Wanna Live went viral on social media. The song, penned by his mother, protests the killing of African Americans. following the tragic death of George Floyd. The video was subsequently shared by Barack Obama and LeBron James and been viewed more than 3 million times.

Now signed to Warner Music, Keedron is on a mission to heal the world with his music.

Proceeds from the studio version will go to the NAACP.

I’m Hoping That Experience Can Get You To Change

Hoping to provide some positivity in dark times, Victoria Monet and Khalid have pulled themselves up on to the dancefloor to join SG Lewis in this disco-infused celebration of black joy and sexuality. Experience is a sultry and shimmering shout-out to both the LGBTQ+ and black community who share in their continued pursuit to be seen and heard.

In a tweet regarding the track, Monet said: We hope this brings some solace and joy to you. We hope the double ended message of this song is heard: based on experience, we want change! We matter, we always have. Here’s to making changes and celebrating US the best ways we know how.”

The War and Treaty – We Are One

Together We’ll Stand And Not Lose Hope

Married Americana duo Michael and Tanya Trotter released their beautifully uplifting new single We Are One on Friday. Building on their core values of unity, inclusion and love. The video which features an array of individuals, reminds us that we may be different, but we are all part of one world and one race – the human race.

“I feel that in this day and age, we all need to be reminded of the power of oneness and togetherness. [The] power of all of the people in this world coming together and uniting under one umbrella — and that umbrella is the human race.”

In addition to the single, the band is offering a limited-edition t-shirt bearing the message “We Are One,” available here. Proceeds from both the single and t-shirt will be donated to the American Civil Liberties Union.

I’m Goin’ Back To The South. Back Where My Roots Ain’t Watered Down

In one of her signature moves, Queen Bey dropped a surprise single in Friday’s final hours to celebrate black excellence. Co-written by husband Jay-Z, the empowering track follows her announcement to help support black-owned businesses and included a directory to follow for fashion art, food and drink.

On Instagram, she wrote: “Happy Juneteenth Weekend! I hope we continue to share joy and celebrate each other, even in the midst of struggle. Please continue to remember our beauty, strength and power.” 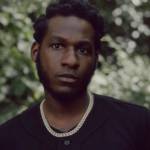 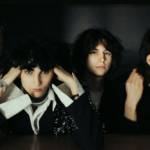