Stop what you’re doing. Find a quiet place. Turn off the lights. Set fire to some candles. Maybe burn some incense. Done all of the above? Good. Now lie back and lose yourself in this stunningly raw sound.

Ry Cuming, better known as Ry X has a talent for making beautifully ethereal music (just listen to Berlin and Sweat). After a short hiatus, the Australian singer/songwriter has returned with new track, ‘Only‘, a soothing indie folk song enveloped in haunting harmonies and softly plucked guitar chords; the kind that nestle themselves deep within your bones. Settling somewhere between Bon Ivor, Ben Howard and Matt Corby, Ry X’s hushed vocal takes you to places inside yourself you never thought existed. Atleast that was how I felt watching him play at the beginning of March when I was taken from a candlelit Church in Shepherd’s Bush to some other celestial world. His music is truly magical. “I was only falling in love”, he sings. Well, I think I have as well.

Could there be a more perfect way to mellow out your Monday?

Only is available now. Ry X’s debut album ‘Dawn’ will be released on May 6th. My ticket for Union Chapel in May is already booked. Make sure you get yours too. 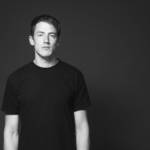 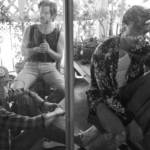 Previous Story LANY- Where The Hell Are My Friends?