Around My Hometown, Oh The People I’ve Met Are The Wonders Of My World.

The sound of your Mother humming through the house? The blare of the TV in another room? Sound tracked memories of car journeys to see relatives? Or the quiet tone of a loved one on the other end of the phone half way across the world?

What exactly is it that sounds like home to you?

For me, home has always been more of a feeling. Growing up, we often learn that a house is not just a home because it has four walls. Sometimes the foundations cannot always keep it upright. We, instead, have to find a home for ourselves and that is often in the people we meet. To be completely cliché, they always say that home is where the heart is and though it had certainly been sometime since I let myself find a home in a heartbeat, I can certainly say that over the last year, I have managed to find it in more than a dozen wonderful humans.

My Songs From A Room journey began more than a year ago. Since finishing University, London had become nothing more than a nightmare of intolerable tube journeys, grumpy faces, mindless work and best-forgotten nights out. I was lost and severely suffocated by a town that no longer felt like home. I could only ever find solace in live music, which, as fate would have it, or just an equally impeccable taste in the current music scene, started the beginning of a new world for me. I had began spotting one particular red-head at pretty much every gig I attended over several months, but it wasn’t until I stepped into my first sofar, within the graffiti-filled walls of a warehouse conversion in Elephant and Castle that I discovered that she was in fact the one running the show.

So if I were to choose a #homesong, a song that best reminds me of home, Adele’s ‘Hometown Glory’ would probably be the song that would most replicate that feeling for me. Joining Sofar Sounds brought this City back to life and despite the often tedious journey I embark on from West London to the more exciting parts of town, I wouldn’t change these experiences for anything. Volunteering with Sofar has fed my insatiable love for live music and introduced me to some of the most welcoming, talented and crazy-cool individuals, who were finally able to open my eyes to the quirky delights of a world I had felt so lost in for the best part of four years.

My real #homesong, however, would be in the sounds of the night – the chatting and clapping, hums and chants, whoops and laughter, the reverb of an artists guitar and the chime of their cymbals, memorable harmonies and beautiful beats and the happy chatter of unknown guests getting to know one another for the first time. There is a beauty to the process of each show and the differing souls of the people who, for just one night, take a chance to open their doors and fill a room with complete strangers.

From Peckham to Dalston, Brixton to Camden, Hackney to Hammersmith, we’re a community that supports diversity – whether the talent lies in bands, buskers, beatboxers or spoken word artists. We’re a group who hug instead of handshake and welcome others into safe space that asks them to not just widen their ears to new music, but more than anything, encourages them to open their hearts, arms and homes to the people within them. Music has the ability to provide strength, support, connection, solace and pleasure and I have been fortunate enough to find all these within one community.

Having teamed up with Amnesty International, Sofar has put together a campaign that will see thousands of artists (established and emerging) fill hundreds of homes around the world in order to help the millions of helpless humans that are forced to flee theirs. Through a shared love of music, we can encourage a welcoming spirit to solve this major crisis and attempt to help other humans; no matter their walk of life, understand what it feels like to walk into a strangers living room and say to themselves, ‘I have never felt so at home’.

So, as you rest easy in your cosy comforts tonight, wherever that may be, remember that every one deserves a home, whether a physical space or a self-created family, not just the lonely memory of one.

What would be your #homesong?

Get involved with Give A Home here and enter for your chance to experience a night you will never forget.

Check out my Spotify playlist below for both Sofar and mainstream artists singing about home and feel free to offer more suggestions.

Next Story IDER – You’ve Got Your Whole Life Ahead Of You, Baby 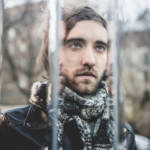